You are here: Adrienne Hersch Properties Our Achievements 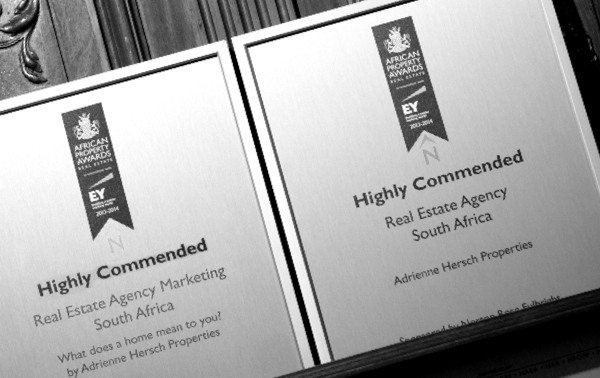 2012 – Record-breaking Sale
Adrienne Hersch Properties was the first real estate agency to break the R100 million mark for the sale of a residential property in the exclusive suburb of Sandhurst in Johannesburg.

2013 – Meir-on-Rothschild
The company was awarded the sole mandate for Africa and Australia to market the exclusive and iconic 42-storey Meier-on-Rothschild Tower in Tel Aviv, Israel. Developed by world-renowned Berggruen Group and designed by Pritzker Prize Winning international architect Richard Meier

2014 – Revamped Branding
The company unveiled its new corporate image at its annual Pillar Awards event in 2014. The ‘renovation’ of the brand was central to the company’s growth and expansion across Gauteng.

2016 - Franchise Model Launch
With the view to creating a national and ultimately international footprint for the Adrienne Hersch Properties brand, the company launched its distinctive franchise model aimed at establishing a network of like-minded property entrepreneurs as franchise partners.